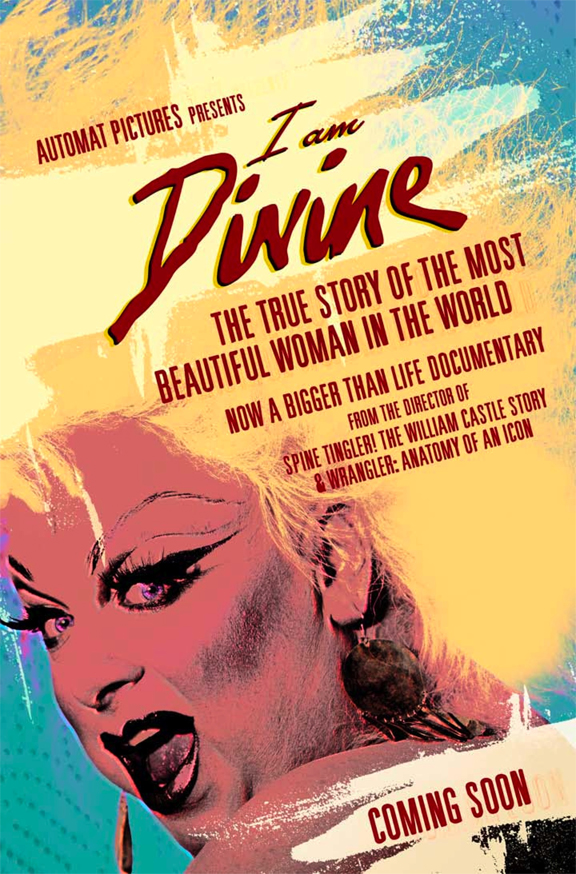 
If you don't know anything about Divine, prepare to be shocked. If you do know about Divine, you know she can always be trusted to shock.

I Am Divine is the feature length documentary about the legendary underground cult figure that will be screening at this years Sydney Film Festival. Being as it is about Divine, it goes without saying that this isn't a run-of-the-mill movie star documentary, as absolutely nothing about Divine was run-of-the-mill. Prepare to be shocked, but also prepare to be in awe at one of the best made and interesting celebrity documentaries you will ever see. 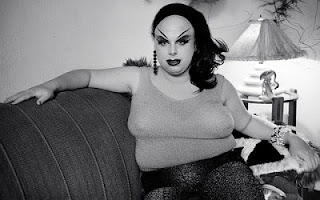 Born Harris Glen Milstead, Divine was the larger than life transvestite who appeared in John Water's films of bad taste and became a cult celebrity. Jeffrey Schwarz's documentary shows us how a slightly feminine boy from Baltimore became the drag queen who starred in numerous John Waters films that both appalled and enthralled. There are interviews with Waters and many of her co-stars including Ricki Lake, as well as interviews with those who were closest to him including his late mother and his first (and only) girlfriend. We have a look at Divine's most outrageous moments and find out who the man behind Divine really was.

Anybody who is familiar with Divine will know that the type of entertainment she served and the movies she made with John Waters are very much an acquired taste. This documentary contains much of the footage from these films and her live shows so if you are easily offended or have a weak stomach, be prepared. You will more than likely see things on screen you never though you would ever subject yourself to watching and feel extreme discomfort as a result. However, all bad taste aside, this documentary is definitely worth a view. I Am Divine is absolutely intriguing and thoroughly entertaining. Divine wasn't by any means an ordinary celebrity and her rise to fame and way of life was anything but a typical Hollywood story.

Like any good documentary should do, you finish watching I Am Divine and feel like you know so much more about the subject than you did before. That is, if you weren't a Divine fan before. I Am Divine will absolutely thrill Divine fans and any fan of John Waters' films. No matter whether you had never heard of Divine before or you are a die-hard Pink Flamingos fan, you will be entertained as well as informed. Divine lived such an alternate existence that it is impossible not to be drawn into exploring his world, twisted as it may have been.

The guests in the documentary are all very credible sources as the majority of them knew Divine first hand so you know that what you are hearing about her is not just hearsay. It is all accurate and is the result of wonderful resourcing and research.

I Am Divine as a film itself slots itself in nicely with the Divine film catalogue. The way in which it is made gives the impression that the documentary is a John Waters film and was made in the same time period that Divine was in the business. This is achieved by using the bright pink italic writing that was used for Divine to introduce each interviewee.

This documentary, as well done as it is, still may not be for everyone. If you are among the very easily offended and grossed out, than the things you may see may overrule the point of the film. If you can see past these things or they match up to your sense of humour, then you will see I Am Divine as a great celebrity bio.

No matter how scary and strange you find Divine, you still can't tear your eyes away from her. I Am Divine is a fitting tribute to a star like no other.