Biopic's of pornography stars are completely unlike any other type of biopic...and not just for the obvious reason.

What one notices when watching Lovelace, is that even though the film does have it's moments of drama and heartbreak, there are the moments relating directly to the pornographic industry that are just ridiculously humorous. As was the case with Linda Lovelace's film Deep Throat which had everyone talking back in 1972, you leave this film and you remember it more for the recreation of the filming of this cult/porn classic rather than the terror that Lovelace goes through. 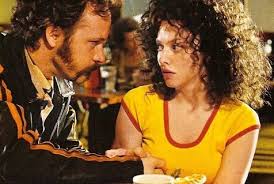 This film, which is basically based on Lovelace's 1979 autobiography "Ordeal", is an extraordinary story. It is incredible to find out how this star came to be who she was and what she went through when the cameras weren't rolling. It is amazing that someone who did something completely against her would come to be such a massive star.

However, according to many reviews of "Ordeal", the book was very hard hitting and upsetting. The film on the other hand does have it's sad moments and you do have a fear for Lovelace's safety with her violent husband, but it isn't as heart-breaking. This is perhaps because in the book you don't hear or see any recreation of the film, Deep Throat that made Lovelace a star. The recreation of the porn film in Lovelace doesn't actually show too much, but gives the impression of these acts so you don't remember these scenes for the visuals (which you apparently do in the actual 1972 film). You remember them rather because they are actually really quite funny and silly. You really can't help but giggle like a schoolgirl at some of the things said in the film recreation and on the set. Then there are the ridiculous sex toys you have to laugh at too. It seems so light-hearted and funny in these scenes, that it over rides the seriousness of Lovelace's situation with her husband. It takes away from the dramatic aspect of the film. 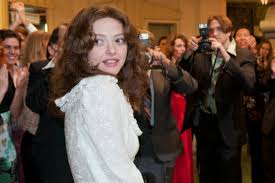 As this film is about an ex-porn star, there is lots of sexual references. That is a given. You can't go into this film not expecting to see a bit of nudity and a lot of sex talk. It's all justified though so there is no reason to complain.

The time period of the 1970's in which the film is set is recreated in a wonderful way. The costumes are fantastic and fun and the location shots are also great. The motel shots during the filming of Deep Throat are perfect for the time period, as are the roller skating scenes.

This is Amanda Seyfried like you have never seen her before. She proves here that she is not the same actress we saw in Mean Girls and has matured in the industry. She is very good as Linda Lovelace. You see a lot of fragility in her performance, but the one vital thing that is missing from her performance is absolute fear, which should definitely be there.

Peter Sarsgaard also does well as Chuck. He's great when he is showing true emotion and is being pulled down by the realisation that he is hurting those around him. Again, he is missing one major thing and that is that he isn't quite as scary to the audience as he could be, which is a great shame.

Sharon Stone is a complete surprise as Lovelace's mother. Not only does she look incredibly different than she did in her most famous films such as Basic Instinct, but she is actually a harder and scarier character than that of Chuck Traynor. Hopefully we get to see much more of Stone if this is what she can serve. Robert Patrick, who plays Lovelace's father also gives a beautiful performance.

There are also cameo's galore throughout the film which are fun to discover.

Whether it knows what it is or not, Lovelace is entertaining and interesting at least...if you are not a complete prude.

You may have also see Amanda Seyfried in.....
Letters To Juliet as Sophie
Red Riding Hood as Valerie
Les Miserables as Cosette

You may have also seen Peter Sarsgaard in.....
An Education as David

The 60th Sydney Film Festival will be running from the 5th - 16th June. For more information, please see their official website
Posted by NP1982 at 4:34 AM