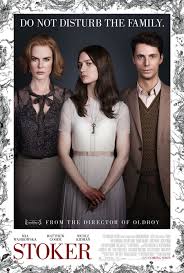 Stoker has had no lack of Alfred Hitchcock comparisons since it's release, but the complete truth is that this is a film that Hitchcock himself would have been proud of.

Empire Online described  Stoker as "a very grown-up horror movie", and that is exactly what it is. Although unsettling and quite disturbing, this film is absolutely beautiful. Park Chan-wook's first English language film is so intriguing both in narrative and visuals. It reminds us that the art of film need not be lost according to the film's genre.

On India Stoker's (Mia Wasikowska) 18th birthday, her father, Richard (Dermot Mulroney) passes away in a car accident leaving behind her and her fragile mother, Evelyn (Nicole Kidman). At the funeral, his brother who India and Evelyn had never met, Charlie (Matthew Goode) reappears after being abroad for many years. India senses that Charlie is there for other reasons rather than just to attend his brother's funeral and starts to become intrigued by him and his intentions. 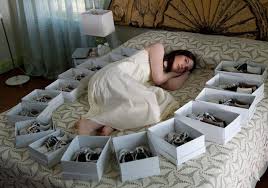 Stoker has received so many Hitchcock comparisons for the fact that the story, written by Wentworth Miller and Erin Cressida Wilson (contributing), shares several likenesses with 1943's Shadow Of A Doubt. The most obvious being that both share a character who is a little known uncle by the name of Charlie who have the same tendencies as each other.

Apart from the story, it is also the method of horror/thriller employed which is Hitchcock-esque. Although there are some startling images, it is the idea of the story being scarier than anything you see that is carried through the film. There is plenty of tension and no real predictability. You know that something will go wrong, but you don't know how, why or when. It is the combination of a suspenseful and frightening story and the beautiful cinematography that makes this film completely different to other films out there of the same genre.

It is the amazing cinematography of this film that leaves the biggest impact. There are some truly spectacular shots throughout the film. You feel like you are watching something very special as you go through the film seeing some of the most interesting and awe inspiring images shot in ways you feel you have never before. This begins in the very first shot and at no time throughout Stoker do you feel as if Chan-wook has just  decided to take the cinematography and editing lightly and just focus on the dialogue and not what is going on around them. 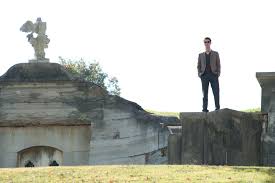 Mia Wasikowska does wonderfully as protagonist, India. Her performance is very subtle, but you know exactly how she is feeling just by watching her. Stoker is a coming of age story for India, and there is definite character development throughout the film and India is a completely different person at the end than she was at the beginning and this is believable thanks to Wasikowska's beautiful but unsettling performance.

This is Nicole Kidman's best acting performance in years. She is so natural in this role. It is an emotional role, but there is no exaggeration in her performance at all. Matthew Goode is terrifying from his very first scene. At no time do you feel safe with him in a scene. He is wonderful in his only emotional scene with Dermot Mulroney. Again, he is a villain that Hitchcock would have been capable of creating.

Chan-wook Park has done a wonderful job with Stoker. It is a piece of beauty to be marvelled at as well as intimidated by.

Stoker had it's Australian premiere at the Sydney Film Festival last night at the State Theatre. Both Park Chan-Wook and Mia Wasikowska were on hand to celebrate and also stayed for a Q & A session at the end of the film.

The 60th Sydney Film Festival will be running from 5th-16th June 2013. For more information please see the official website.

You may have also see Mia Wasikowska in.....
Alice In Wonderland as Alice
Jane Eyre as Jane Eyre