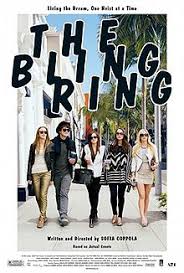 Year: 2013
Director: Sofia Coppola
Cast: Katie Chang, Israel Broussard, Emma Watson, Taissa Farmiga, Claire Julien, Leslie Mann, Gavin Rossdale
The Bling Ring will be screening at the Sydney Film Festival on the 13th and 15th June, For more information on times, venues and tickets, please see here
Now showing in cinemas in the USA
Opening in the UK on the 5th of July and Australia on the 8th of August 2013

One thing that can be said for The Bling Ring is that it is very busy.

Sofia Coppola's highly anticipated new film has so much going on that you're not really quite sure what type of film you are watching. Interesting and intriguing enough, The Bling Ring is memorable enough for it's content and proves that we really are obsessed with celebrity and not just because of the content on the screen, but because it is the celebrity representations that draw us in.

When Marc (Israel Broussard) starts at Indian Hills High School, he once again feels like he is the odd one out. That is until Rebecca (Katie Chang) and her gal pals take him under their wing. It isn't long before Marc is exposed to Rebecca's rebellious ways and they soon become almost addicted to breaking into celebrities homes while they are out of town and taking what they can in order to make themselves feel like they are experiencing the same lifestyle as their "victims".

On the surface, The Bling Ring looks like it could be your typical teen flick. In part, this is what it is, but it is also an in depth study of society's obsession with celebrity culture, a piece of work that invigorates your senses and also a little creepy. It is a whole lot of things that make the film a little too much to take in and when you leave the cinema, you are a bit confused what to make of everything.

Director and writer, Sofia Coppola was quoted as describing The Bling Ring as a movie about society's obsession with celebrity. In this way, the film is an absolute winner. It will be a great study tool in years to come to anybody who is studying celebrity and it's place in culture. The characters are obsessed with celebrity as are us, the audience. The characters in the film love going into celebrity houses and we love to see what is inside them.

The Bling Ring will also appeal to the teenage audience because of the age of the characters. It has got all the features that a teenage film would have and is like one of the reality television show's set in Los Angeles projected onto the big screen. There are no lack of selfie's being uploaded onto Facebook in the film which many young adults will be able to relate to. 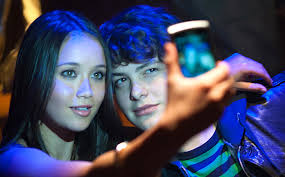 However, it is the age of the characters and their activities that make this film really quite creepy. It is scary to know that the criminals look like any of the well dressed young girls that you see on the street, and that they committed these crimes so easily (it would seem). If getting into the home of a celebrity is that easy, are any of us safe?

In typical Coppola style, this is a parade of attractive images and carefully placed music. All the pretty things society associates with celebrity are on show in this film and like a Kardashian episode, there are no lack of brand names marketed.  The soundtrack is well suited for the film and the great volume of it helps opens the film with a bang.

The big problem with the acting and characters is that there really is no substance behind them, particularly Marc who is meant to be the main character of the film. He opens with a sympathy story, but after that we feel as though we haven't really found out who he really is. Is his sexuality in question with those high heels he is obsessed with? There are no answers. Is Rebecca really cunning, or is she just an obsessive fan? 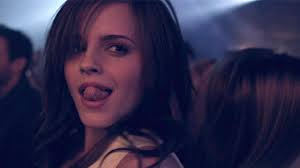 The best thing about The Bling Ring as far as acting and the characters go is Emma Watson. It is overwhelmingly obvious that it is Watson who has the most acting experience and talent. She is the only one who gives any real emotion and we know exactly who her character, Nicki actually is. In preparation for her role, Watson is said to have watched a large number of reality show episodes, particularly that of "The Hills" and "Keeping Up With The Kardashians" in preparation for her role, and also video footage of the member of the real Bling Ring whom her character is based on, Alexis Neiers. She has perfected the LA "it girl" way of saying "awesome".

The Bling Ring is not a critical success, but it is still very entertaining in a celebrity obsession kind of way.

On a side note....
If you are interested in finding out more about the real Bing Ring gang that terrorised Hollywood celebrities, here is a link to an interesting article about all of them.
http://www.vulture.com/2013/06/real-bling-ring-where-are-they-now.html

Here is a news story released in 2009 on ABC news about the actual gang (to be viewed via YouTube link in bottom right hand corner).

You may have also seen Emma Watson in.....
Harry Potter and The Deathly Hallows Part I & Part II as Hermione Granger
My Week With Marilyn as Lucy
The Perks of Being A Wallflower as Sam

Another film of Sofia Coppola's you may have seen is.....
Somewhere