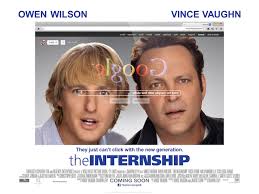 The Internship pulls no surprises. One look at the poster and you know exactly what you are getting. Actually, as soon as your hear the title you could guess what the film would be about and you could bet your last dollar you wouldn't be far off the exact plot outline.

Thankfully, you could guess the story and the end, but watching it is still entertaining and provides the laughs you are craving when you see it. 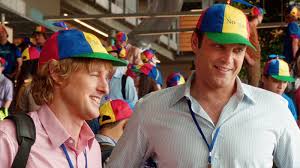 Billy (Vince Vaughn) and Nick (Owen Wilson) are two salesmen who find themselves out of a job due to the changing economy and the changing face of technology. They decide their last chance at getting a real job is to apply for an internship at Google which gives them a chance to earn a position at the search engine company. Upon turning up on their first day, they realise that their age sets them apart from the younger interns and they join a group of other misfits. Billy and Nick are able to help change their new friends lives, but they still need some help in order to change theirs.

The Internship is predictable and quite cliché from beginning to end. You could figure out what the ending is and how they are going to get there. However the good news is that there is some laughs along the way. There are some parts that can be more annoying than funny at the hands of Vince Vaughn and Owen Wilson, but the important thing is that the laughs are definitely there considering this is a comedy film. The story may not be a completely brilliant one, but the script, written by Vaughn and Jared Stern is fairly strong. 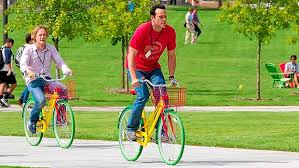 This film could not have made Google look any better. The setting for this film, which is the Google offices in San Francisco, is like a theme park for adults. There is sure to be many people in the area looking to apply for an internship looking to Google based on this film. It gives a really fun feel to the film and at the same time, does a great job of giving Google a fun image.  If Google wasn't the search engine you normally went to, straight after this film it will be the one that is at the forefront of your mind.

Vaughn and Wilson have proved in the past with their 2005 film, Wedding Crashers that their combination does work on screen. Thy work off each other when it comes to their dialogue. Again, sometimes the way which they try to create laughs by using long drawn out anecdotes explained by the two of them can become annoying when done more than once or twice, but there are still some very funny scenes with the two of them. The opening scene with the two singing along to Alanis Morissette's "Ironic" is quite hilarious. 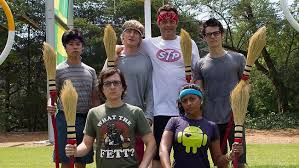 The other good thing about this film is that it does well in character development and creating colourful and amusing characters. The group of interns played by Josh Brener, Dylan O' Brien, Tiya Sircar and Tobit Raphael all do well and are relatable as well as being fun to watch.

The Internship isn't a film which will have you rolling on the floor laughing whenever you think of it, but it funny enough to make it a fine watch and a visually fun one.

On a side note.....
Like many people who saw this film, I had to wonder whether Google's offices were quite as fun as this. I had my doubts, but according to this article, it does sound like the most fun place to work ever!
http://mashable.com/2013/06/09/google-the-internship/

You may have also seen Vince Vaughn in....
Couples Retreat as Dave

You may have also seen Owen Wilson in.....
Midnight In Paris as Gil