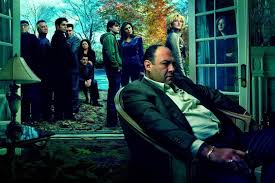 We are very sorry and saddened this morning to hear the passing of the wonderful actor, James Gandolfini.

The 51 year old, who is most well known for his lead role in the HBO television series, The Sopranos, died as a result of a heart attack while on holiday in Italy.

The news has struck the hearts of many people in the industry who had met and worked with Gandolfini and fans around the world. He had the reputation of being a very gentle, genuine and loving man and he will be missed by many.

Gandolfini was born in New Jersey in 1961. He made his break on Broadway before landing his breakthrough role as Virgil in True Romance. However, it was for the role of mob boss and family man, Tony Soprano that he will most be remembered in The Sopranos that he will be most remembered for. He won three Emmy awards and one Golden Globe award for the role.

Since the end of The Sopranos in 2007, he has appeared various films including In The Loop, Where The Wild Things Are, Welcome To The Rileys, Killing Them Softly, Zero Dark Thirty and The Incredible Burt Wonderstone.

Before his death, he was scheduled to take part in the new HBO series, Criminal Justice.

James Gandolfini will be missed by movie and television show fans alike. He leaves behind his wife, Debroah Lin and two children, Michael (13) and Liliana (8 months)