Only God Forgives was one of the most highly anticipated films of this year's Cannes Film Festival. Director, Nicholas Winding Refn took home Best Director of the festival in 2011 for Drive. It was for this same film that Ryan Gosling received widespread acclaim. One would want believe that this combination would again produce something special.

The reality of Only God Forgives is that it is certainly very special when it comes to it's cinematography and sound editing. It is also certainly an unforgettable film, just perhaps not in the right ways.

American Julian (Ryan Gosling) is living a self imposed exile in Bangkok where he runs a boxing club, which is a front to his drug peddling business. When his brother, Billy (Tom Burke) is murdered after he kills a young prostitute, his mother (Kristin Scott Thomas) arrives from the USA to retrieve her eldest son's body. She wants revenge for whoever did this to her son and wants Julian to be the one to avenge his brother.

Only God Forgives can be an incredibly complex film at times, when it doesn't have to be. The cinematography is absolutely amazing, but it does feel as though Refn does try to do a bit too much. There are a lot of scenes and shots in the film which just complicate what your interpretation is of what you are seeing and makes you confused. What Refn is trying to do is show what the characters are seeing in their mind, but it just complicates things. There are also underlying themes to the film according to Refn's directors notes, such as the idea of a man wanting to fight God, but these themes are hard to distinguish through the clutter.

There are two features of this film that stay with you long after you leave the cinema. The first being that lack of dialogue. The characters, in particular Gosling's Julian have very little to say throughout the film and little emotion is shown. All emotion is shown in the most subtle way and you have to really search the character's face to find how they are really feeling. 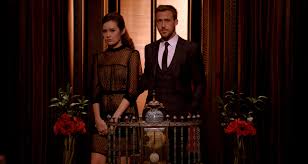 Something that is really not done in a subtle way is the violence. Only God Forgives is truly not for the faint hearted. There are some very, very intense torture scenes. The film maybe didn't need to be quite so violent. That's not saying that the film shouldn't have had violence in it because the subject matter does require violence, but just not as overboard as what it went. The extremity of the violence again takes away from the film as a whole and instead of remembering it for what it is about, it is those stomach churning torture scenes you remember.

Yet it is the film's cinematography and sound editing that save the film. The ability to make ugly seem beautiful as a result of the choices in camera choices and the positioning of the actors in their location is a rare, rare thing. The sound editing is amazing the way it makes you feel as though you are watching something life changing (whether you are or not).

Ryan Gosling does carry the film well with a controlled performance. However, his character is not the most likable. The lack of dialogue and the lack of real emotion leads you to wonder if you really know anything about this character at the end of the film. 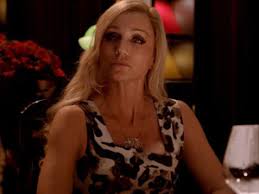 Kristin Scott Thomas is so disgusting that she is brilliant. She is the mother from hell. It is a role like nothing she has ever done before and Scott Thomas does it so well. Her dialogue is so trashy that it is funny, but you can also sense the danger oozing out of her.

Vithaya Pansringami, who plays Chang, the policeman who kills Billy, is very interesting to watch on screen. He is evil, but you see his inner turmoil coming through in certain scenes, especially where he is singing.

You may not remember Only God Forgives for being one of the best films of the Cannes Film Festival or Sydney Film Festival, but it is unlikely you will forget it at all. Extremely powerful, just perhaps not in the right way.


You may have also seen Ryan Gosling in .....
The Ides Of March  as Stephen Meyers
Drive as Driver