The Wolverine will delight some, disappoint others and completely confuse those who have never seen a X-Men film before.The latest film to come out from the X-Men phenomenon is unlike any of it's predecessors in that it is not a typical superhero film, but it still finds in it the ability to be thoroughly entertaining. 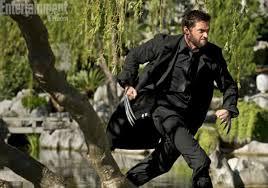 Set in the time after X-Men 3, Logan/Wolverine (Hugh Jackman) is facing his inner demons while trying to get over his great love, Jean (Famke Janssen) and has decided on a solitary life in the American wilderness. He is forced to face his past when Yukio (Rila Fukushima) appears to bring Logan back to Japan where he can say goodbye to Yashida (Hal Yamanouchi), a soldier who's life he saved during the war. Logan soon becomes involved in the family politics of his family after his death and makes it his duty to watch over Yashida's grand daughter, Mariko (Tao Okamoto), while at the same time trying to save his life when he encountered by deadly mutant, Viper (Svetlana Khodchenkova).

What will disappoint or delight many X-Men fans is the fact that The Wolverine is unlike any other X-Men film. Logan and his enemy of the film, Viper are the only two mutants in the film, and Viper isn't exactly a tremendously exciting mutant or villain for the fact there is no background on her or character development at all. She is hardly a good character as we hardly know anything about her besides she is venomous. Those who have not seen any previous X-Men fans will think the same about Logan. There is very little background on him as a character and of the story between he and Jean. As a result, The Wolverine is not a particularly good stand alone film. Yet, seeing as it is so unlike the other films in the series, it seems very out of place and not traditionally like a film of it's kind. The Wolverine is a film which focuses more on a man's fight to overcome his demons and what are the events which lead to his closure. The story itself is quite weak and the film progresses forward more by it's action and the intrigue created by being set in Japan and it's culture. However untraditional this "superhero" film may be, there is no lack of action. Viewed best in 3D, there are some very impressive sequences featuring the combination of Wolverine's known choice of combat and traditional Japanese martial arts in some even more impressive locations. A particularly memorable fighting scene occurs on top of a bullet train. Even though the film was filmed greatly in Australia, it completely captures the essence of being in Japan and some of the scenery shots are so beautiful that it is actually quite devastating to know that it was filmed elsewhere.

Hugh Jackman does well as he is expected to do from a role which he has been playing for the last 13 years and has made his own. It still cannot by denied that he does give a good performance as Logan/Wolverine and for such a hard shelled character, he does gain the audience's sympathy and is, as always, the perfect lead man. Rila Fukushima is a real treat as Yukio. She is not physically the stereotypical action movie girl, but she is extremely likable and a very interesting character. 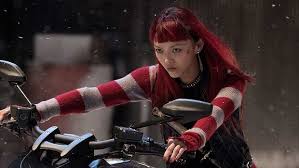 The Wolverine may not be what everyone is expecting out of a X-Men related film, but it is a fitting platform for the road to 2014's X-Men Days Of Future Past.


You may have also seen Hugh Jackman in.....
Les Miserables as Jean Valjean

On a side note....
Just for some fun, here is a picture of Hugh Jackman and Psy. Those Wolverine claws are the perfect accessory for "Gangnam Style"! Photo courtesy of www.news.com.au