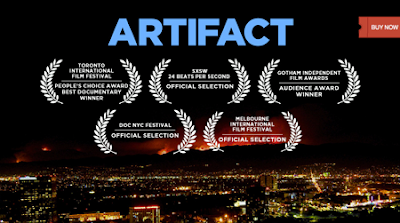 When Thirty Seconds To Mars set out to make their third album and wanted to document the experience, they hadn't anticipated that this "Making of...." featurette was going to turn into a documentary about the changing face of music and it's major labels today.

While quite interesting and a treat for any Thirty Seconds To Mars fan, Artifact is extremely one sided and can come across more like a scripted reality television show at times rather than a documentary. In all honesty it is quite well directed and the cinematography in particular scenes is beautiful, but the editing choices made slow down the film, make it a tad messy and take all of the suspense out of the film.

Rock band Thirty Seconds To Mars enjoyed huge success with their second album, "A Beautiful Lie", but did not receive a cent from it. While recording their third album, "This Is War", they enter into a contractual battle with their record company, industry heavyweights, EMI, who threaten to sue the band for $30 million. Artifact takes us for a ride through the long and drawn out lawsuit between Thirty Seconds To Mars and EMI and gives us an insight into the music industry and the challenges of signing with a big music label. 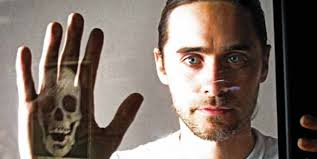 As this is a documentary made by Thirty Seconds To Mars about their battle with EMI, one undoubtedly expects it to be primarily their side of the story. As we all know, there are two sides to every story and we only get to see one. The whole film is extremely bias towards major music labels such as EMI being bad for recording artists. This doesn't mean that the information which we are presented with throughout the film isn't accurate or that it is exaggerated, but it is only for the argument that major labels lock recording artists into contracts of disadvantage to them. The evidence which they present us with is very convincing as they have interviews with several recording artists and past EMI employees to back up their claims so they do state their argument very well. However, it would have been nice to have included something from EMI or another such label and their present employees to present both sides of the argument to eliminate the overwhelming feeling of bias.

Whether it is or not, Artifact does also seem to be scripted, rather than being shot as events are happening as you are led to believe. There is no doubt that all the events which are in the film definitely took place, but there are some scenes which seem just a little too posed to have not been scripted. For example, as Jared Leto stands looking out over the Hollywood Hills and receives an important phone call while the sun sets around him. It is a beautiful scenes, but astonishing how he could be receiving such an important phone call with such a beautiful backdrop. It could all well be a stroke of luck and a perfect one for the film, but is just a bit coincidental.

The documentary itself is quite well made. While we wonder whether it is a scripted moment or not, we can still marvel at the beauty of the cinematography. In particular, many of the scenes taken in the Hollywood Hills are quite beautiful, as are those of Leto at the beach in Miami. The editing makes for a lot of to and froing in between recording the album, talking about the major record labels and talking about the changing face of the music industry, which does indeed slow the film down. 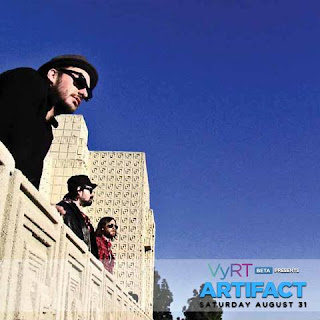 However, none of this will matter too much if you are a Thirty Seconds To Mars fan. If you are familiar with the band, you will know that they really do value and appreciate their fans. This documentary was initially a project to accompany their third album and ultimately a chance for the fans to see the band in action. It is a treat for those who know and love the band to see a bit more of them and sit in on their recording sessions and hear them talk a bit more about themselves and what is going on in their lives. It is also quite funny at times, as the three band members all do have a sense of humour and there are some very funny moments throughout the film at the hands of the Leto brothers and Tomo Milicevic.

Artifact is what is sets out to be and that is a startling look at the music industry, but they do only let you see what they want you to see. However, it is still a treat for fans of Thirty Seconds To Mars.

On a side note.....
Despite what it may look like from my review above, I am indeed a Thirty Seconds To Mars fan. Considering what was going on during the recording of their third album, I am so impressed with the result. "This Is War" is truly a great album and for them to create such a good album with everything that is going on around them, it's very commendable.

Here are my two favourite Thirty Seconds To Mars songs. "The Kill" is also one of my favourite video clips as I am a big fan of Stanley Kubrick's, The Shining.