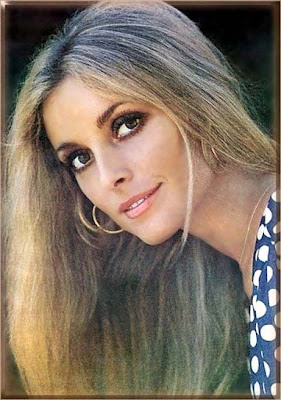 It was 44 years ago tonight that the world lost the beautiful Sharon Tate. 44 years ago that Charles Manson's followers took the lives of five innocent people who they had never met and wrote themselves into history by doing so.

It's a tragedy that these days when people hear the name Sharon Tate, they instantly think of her death rather than who she was in life. I'm not going to lie, as a fan of Hollywood history, I have done a great deal of reading on the Manson Family and "Helter Skelter: The True Story of the Manson Murders" by Vincent Bugliosi is my favourite non-fiction book so I have come to know more about Tate through reading about the circumstances surrounding her death. However, through my reading I have come to realise how sad it is that Tate is remembered for her death more than for her beauty or for her successful yet brief career.

For those who are not familiar with Sharon Tate, she was an American film actress born in 1943 to parents, Doris and Paul Tate. Her early life was one of constant moving around as her father was in the military. She started acting and modelling when her and her family were living abroad in Italy and when they returned home to America, Tate wanted to try her luck in Hollywood. Her natural beauty and ambition landed her many modelling jobs and several small acting roles. Her first role of note was as Janet Trego in "The Beverly Hillbillies" where she sported a short brown wig to hide her long blonde locks. Tate's biggest roles were in Dance Of The Vampires, The Wrecking Crew and Valley of the Dolls, which earned her a Golden Globe nomination. She passed away aged only 26. 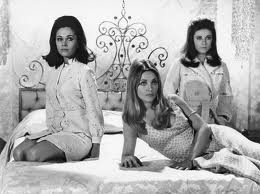 During my reading, something else also struck me about Tate. Not only was she an incredibly beautiful woman on the outside, but from all accounts she had an absolutely beautiful soul. According to the book, "Restless Souls: The Sharon Tate Family's Account of Stardom, the Manson Murders and Crusade For Justice" by Alisa Statman and Brie Tate (which has proved quite controversial), Sharon was very close to her mother and father and two younger sisters, Debra and Patti. In an interview which Debra did with photographer, Alan Mercer, she quotes that Sharon was her everything, she was her world. She was a kind soul who loved animals and was a wonderful friend. Her husband, director Roman Polanski said of his late wife that she was a friend to everyone and could never turn away friendship.

Tate was about to have something else to love in her life before her life was so cruelly taken away, she was 8 months pregnant at the time of her death. Tate was the last to die that night at Cielo Drive and before she died, she pleaded with Manson family member, Susan Atkins to take her away and let her have her baby and then kill her. Tate already had the love of her mother and would have sacrificed herself for her baby, which was a boy who Polanski named Paul, after Sharon's father. From reading all I have about Tate, there is no doubt in my mind that she would have been an incredible mother.

I recently read "Inherent Vice" by Thomas Pynchon and one of the characters said something in reference to Tate which stuck with me. In one part of the novel, the character of Shasta talks of how the murder of Tate really cut to the core of those starlets in Los Angeles at the time because it showed that even if you were a good girl in Hollywood, that didn't make you immune to meeting a violent end in that town. Even though "Inherent Vice" is a work of fiction, it is something I could imagine would have been on the minds of many girls in the same world as Tate. She was one of the good girls. Not saying that she never took a step out of line, but she was well liked by everyone and madly in love with her husband. Her only other great love besides Polanski was her ex-fiancé and celebrity hairstylist, Jay Sebring, who remained a close friend of her and Polanski's and was also among the murdered at Cielo Drive that night. The death of a beautiful soul such as Tate scared those who inspired to be a good person. The horrible reality is that Tate was just in the wrong place at the wrong time.

All this information I have gathered about Tate reinforces why I believe it is so sad that she is remembered by many purely for how she died. She clearly was one of those rare and amazing people who make the world a better place. The Manson Family almost became celebrities themselves when they committed their crimes and here I don't want to focus on who they are or their role at Cielo Drive here as there is plenty of material out there to find out all about them. Sharon Tate deserves to be remembered for all the beauty she had, both inside and out and not always in the same sentence as murderers.

Based on how much I know now about Sharon Tate, I hope she is an angel in Heaven nursing baby Paul and I have no doubt she happily is. 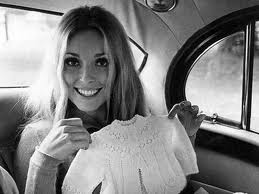