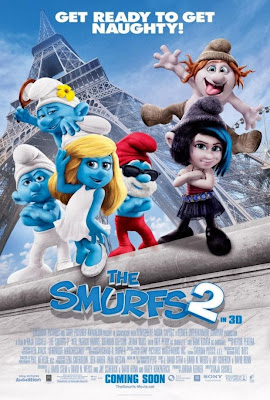 Year: 2013
Running Time: 105 minutes
Director: Raja Gosnell
Writers: J. David Stern, David N. Weiss, Jay Sherick, David Ronn and Karey Kirkpatrick
Cast: Neil Patrick Harris, Jayma Mays, Hank Azaria, Brendan Gleeson, Katy Perry, Christina Ricci, Jonathan Winters, George Lopez, Anton Yelchin
The Smurfs 2 opens in Australian cinemas on the 12th of September 2013 and is distributed by Sony Pictures. Now showing in the USA and United Kingdom.
﻿
The Smurfs 2 may not be a particularly good or memorable film, there is still no doubt it will be a good film for school holiday time.
Although adults are more familiar with these little blue men as a result of the long running television show, The Smurfs 2 is far more attractive for the younger audience than the older. It is a particularly simple film filled with clichés, predictability and a little too immature to be completely enjoyed by the wider audience. The simplistic nature of the film is not helped by the over the top and irritating performances of live action and voice actors alike.
The Smurfs 2 is Smurfette's (voiced by Katy Perry) film. On Smurfette's birthday, she once again ponders whether she really is a Smurf at heart, or if she is still just a product of the evil Gargamel (Hank Azaria). At the same time, Gargamel is in Paris plotting to kidnap Smurfette and sends his newest creation, Vexy (Christina Ricci) and Hackus (J. B. Smoove) to bring her to him. Papa Smurf (Jonathan Winters) and his fellow Smurfs team up once again with Patrick (Neil Patrick Harris) and his wife, Grace (Jayma Mays) and travel to Paris to bring Smurfette back to celebrate her birthday. 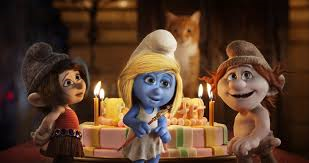 The Smurfs 2 is a very, very easy watch and if that is what you are after, then it is a success. It is very well suited to children as it is easy to follow and everything is as you see it. It is a great school holidays picture. It lets children have a bit of fun and a bit of a giggle.
In almost every other way, a success it is not. The film is not a film that adults would particularly enjoy watching without children. It is just too simple and silly for mature minds to find any amusement in. Even adults who once enjoyed "The Smurfs" television show will be disappointed, as the story is just same old, same old. Once again Gargamel is trying to destroy the Smurfs and all is highly unoriginal and predictable. Yes there are some new characters, but that is really all that is new...besides the location being Paris. The film is also terribly clichéd, which just adds to the films predictability.
Also, even though this is a good school holiday film, girls will enjoy The Smurfs 2 more than boys as the main character is Smurfette, so it does tend to border on the girlish side of things. So the target audience for this film is quite small really. 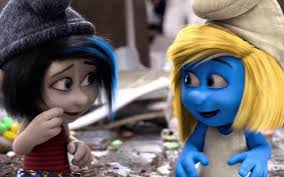 Neil Patrick Harris is good enough in this film, his performance probably being the least forced and least over the top. Jayma Mays does well enough. Her Audrey Hepburn imitation is the highlight of her performance in the film. Hank Azaria has a role as the evil Gargamel that is just an ugly role to play, but after awhile also becomes just a little boring.
Smurfette is a terrible leading lady. She just comes across as a pathetic character who has no real inner strength or any likability. The voice of Smurfette which is provided by singer, Katy Perry doesn't do anything to make the character any better, just weaker and more annoying with her constant "Oh, oh, help me!"
The Smurfs wasn't a particularly wonderful film to begin with, so the sequel didn't have much to live up to. Yet, it doesn't live up to the first film as sequels tend to do. So that's saying something.
3.5/10