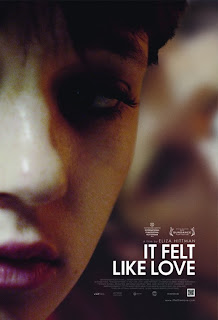 It Felt Like Love will be screening at the  2013 Possible Worlds Festival of American & Canadian Film at 6:30 on the 17th of August 2013 at the Dendy Opera Quays. For information on tickets, please see here

While a visually beautiful film with incredible cinematography, It Felt Like Love is extremely confronting and often uncomfortable to watch. However, the way it springs your mind into action afterwards in worth the unsettlement you feel.

The all too familiar issue of girls wanting to grow up too fast is brought to the forefront in Eliza Hittman's debut feature film. It is almost an assault on your emotions as you painfully watch while innocence is destroyed in a brutally sexually confronting fashion. While feeling uneasy about the subject matter, there are some incredibly beautiful landscape shots which provides a calming aspect to the film.

Fourteen year old Lila (Gina Piersanti) is lonely and awkward within herself during a Brooklyn summer. As she see's those around her having romantic ventures, she longs to have that herself. When she meets an older thug at the beach, she invents a sexual history for herself to make herself seem more mature and experienced which leads to her landing herself in a vulnerable and dangerous situation.

Although very confronting and often uncomfortable, It Felt Like Love has so many layers that challenge you to rethink they way you thought about certain issues such as the destruction of innocence. In a world where people are quick to point out what the things that celebrities do that make them a bad role model to children, maybe there really is a lot more to it than that. Lila wants to grow up quickly for many reasons and not one of them is to be like her favourite singer or actress. She is a lonely girl who wants the same company that she see's other people around her have. She is quite obviously bored at home by herself and wants to be out with other people and she finds that inventing this history is a way to keep people interested in her. It also doesn't help that her best friend is older and exploring sexual territory, which she openly shares the details with Lila about. Lila, being younger and wanting to fit in, mimics Chiara's (played by Giovanna Salimeni) words and actions as younger people to do those they look up to.  In saying this, Lila is still so young and innocent that she doesn't completely understand what Chiara is saying or the complexity of it. It Felt Like Love encourages us to ponder what really destroys innocence. Is it external influences such as people like Rihanna or Miley Cyrus, or those around us, or is it more a cause of internal issues such as loneliness and wanting to become someone else?

The cinematography of the film is breathtaking. It takes you on a journey of the outer areas of Brooklyn and New York that are not normally shown on screen and makes that area of the world almost unrecognisable. The scene in the marshes is very impressive and as said before, makes you forget the intensity of the issues and instantly calms you. The shots at the beach are also quite beautiful. The ferris wheel scene is also wonderfully filmed and intriguing to watch. 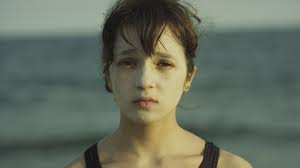 The first shot of Gina Piersanti as Lila is so memorable and absolutely perfect. Her face tells a million stories and you learn more about her character just from this facial expression than you learn from other characters over a whole film. You instantly know how lonely and awkward this girl is and her face begs you to feel for her and be her friend. Piersanti is just wonderful in the whole film, but it is the first minute of her that leaves the biggest impression on you.


It Felt Like Love is incredibly powerful. So powerful when it comes to the corruption of innocence in girls that many people may not enjoy being so unsettled during the film. Yet, it is a real beauty in the way it subliminally approaches current society issues and the visuals are exquisite.

The Possible Worlds Festival of American & Canadian Cinema will run from the 8th-18th of August 2013 at Dendy Opera Quays and Dendy Newtown in Sydney. Please see the official website for more details.
Posted by NP1982 at 12:07 AM